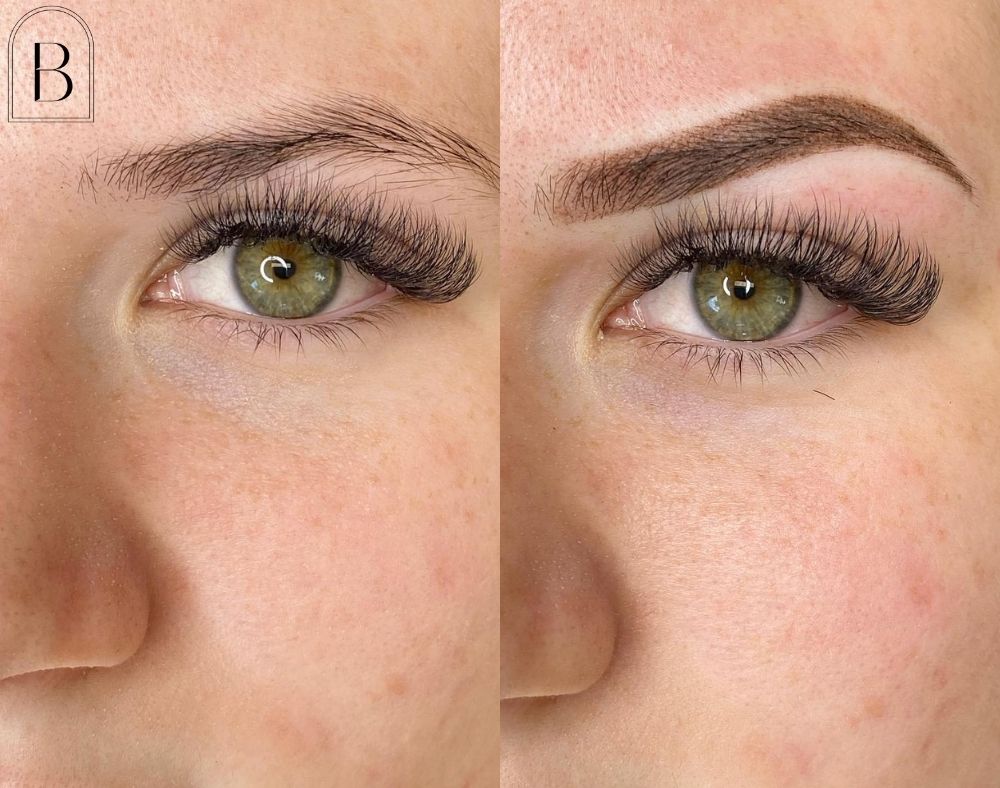 Why do we perform Ombre Brows for our brow clients and not Microblading? Keep reading as we explain the differences and the benefits of why Ombre powder Brows are our preference or cosmetic brow tattooing.

When it comes to eyebrow tattoos, you've probably heard of microblading. With the traditional eyebrow tattoos leaving a generation of women with eyebrows with permanent tattooed brows in hues of greeny blue. Tattoos were being done by tattoo artists. there was not the option of semi permanent makeup. Mircroblading started in Asia around 2005 and then became noticed in Europe and the USA in around 2010, With the rapid growth of social media over the past decade, microblading's popularity in the west has soared. Microblading has caught on because of its hyper-realistic effect, created by hair-like strokes cut into the skin.

While microblading was growing in popularity in the West, a newer and more advanced technique called Ombré Powder Brows was developing in Asia.

In 2017 Ombré Powder Brows hit the world stage and quickly became the eyebrow tattoo of choice! It differs from traditional eyebrow tattooing from the 80's and 90's as it is a superficial technique, meaning that the application is made on the epidermal layer of the skin. Although the technique is described by its name, the results are powdery with a faded front and a crisp back, resembling the look of make-up. Since ombré powder brows became known, they have have become popular with people who have already had microblading treatments, and for a good reason:

Why have ombré powder brows become the next big thing?

Ombré powder brows are created with a small machine that distributes extremely fine dots of pigment evenly in and on the skin in an airbrushing or shading technique. Microblading uses a handheld device to make small incisions in the skin. Over time, repeated incisions in the same areas will cause injury and scarring to the skin.

Ombré powder brows are less painful because we use an airbrush-like technique that hurts the skin less than the blading technique of microblading. Mircoblading involves making incisions in the skin, which causes more bleeding. With ombré powder brows, little to no blood comes to the surface during the procedure. Some of our clients say that ombré powder brows feel similar to an electric toothbrush pressed against the skin or a quick pluck; some discomfort is expected as a needle is used.